Australia’s Fighting Sons of the Empire was produced around 1918 and refers to soldiers who enlisted in World War I (1914-1918) and who came from or had family in the Northern Districts of New South Wales or Southern Queensland. Similar publications were produced for other areas of Australia. The index was compiled by Margaret Henderson, Richmond River Historical Society Inc., Lismore, 2006. 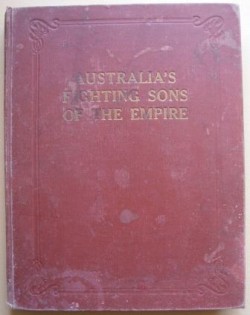 FLOOD RECOVERY UPDATEMessage from Robert Smith, President RRHS:Members and the community will be relieved to know that your Museum has survived the floods in good shape. The unprecedented level of the first flood affected a tiny proportion of our holdings, and the NSW government is helping with professional conservators. Stored items such as metal hardware, porcelain and unsorted papers were managed by much time and effort by our volunteers. LCC has contractors working on clearing the ground floor of mould. Once this is done, and electricity is reconnected, we look forward to reopening.
... See MoreSee Less

A tiny bit of good news amongst this catastrophic event in Lismore! The river height reached 14.4 metres but by some miracle it looks like it may not have entered the top floor of the old Lismore Chambers and the museum, which backs onto the Wilsons River. This photo was taken by Brendan Beirne after the worst of the flood waters had receded a couple of metres.Fingers crossed we will be open again in the near future. Watch this space.Photo credit: Brendan Beirne, Media-Mode.
... See MoreSee Less